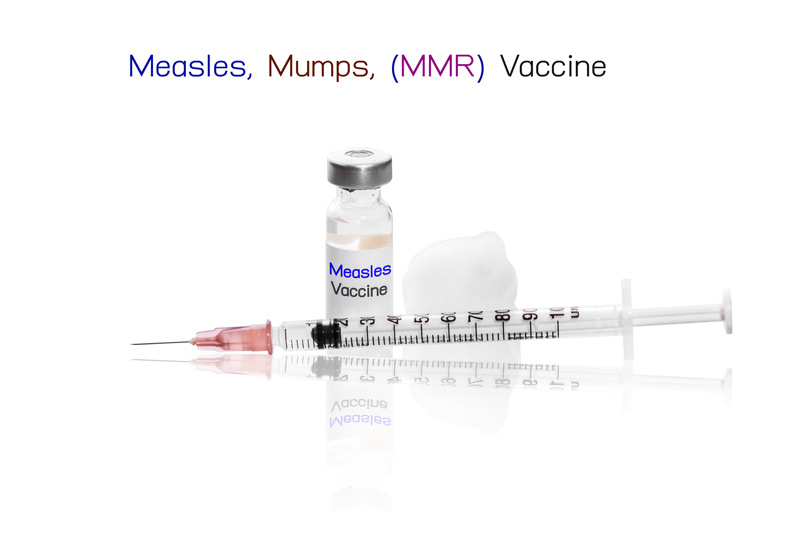 Merck sells the only measles, mumps, and rubella vaccine in the United States, trade named M-M-R-II (MMR-II).  MMR-II is produced by growing viruses on biological medium, including human diploid lung fibroblasts from an aborted fetus, and was licensed by the FDA in 1978 for people aged 12 months and older.

Prior to FDA licensure of a new experimental vaccines, such as MMR-II, they are expected to undergo long-term placebo-controlled clinical trials with typically tens of thousands of participants to assure their safety.

To evaluate whether Merck met any of these criteria, ICAN, through its attorneys, demanded on August 20, 2018 that the FDA produce copies of all the clinical trial reports relied upon to license Merck’s MMR-II vaccine.  The FDA eventually, on March 27, 2019 produced to ICAN copies of the clinical trial reports for this vaccine, totaling 215 pages.

What do these documents show?  They show that this product should never have been licensed.

It should not have been licensed because MMR-II was licensed by the FDA based on clinical trials which had a total of 834 children, had no placebo control, and only reviewed safety for 42 days after injection!  Putting aside the lack of placebo control, even if the clinical trials were properly controlled, they did not have enough individuals to assess safety; nor did they review safety for long enough.

Despite the fact that approximately a third of the children in the clinical trials developed gastrointestinal issues and respiratory issues within 42 days of receiving MMR-II, due to their underpowered size and lack of follow-up, they were able to avoid this being a roadblock to licensure.  Despite this vaccine being licensed, the clinical trials relied upon to license this vaccine clearly did not, as they could not, confirm that the product was safe, and certainly not for any period longer than 42 days, nor for even the 42 days they did review safety.

For example, the below table is the safety data from one of the largest clinical trials for this vaccine, which had a total of just 102 children injected with MMR-II:

The table above shows that of 102 children injected with MMR, 64 of them, or nearly 63%, experienced gastrointestinal illness and that 43, or 42%, of the children experienced upper respiratory illness within the first 42 days following administration.  That differential was apparently deemed acceptable by the FDA because Merck’s paid investigator presumably did not consider these serious adverse events to be related to MMR-II.

After the current MMR’s licensure in 1978, its use in children steadily increased and lawsuits from injuries from this product also began to snowball.  Indeed, by the mid-1980s – when the only two commonly injected childhood vaccines were MMR and DTP – pharmaceutical companies were facing crippling liability from their vaccine products due to lawsuits brought by parents whose children were injured by these products.  As the United States Supreme Court explained: “by the mid-1980’s … the remaining [vaccine] manufacturer estimated that its potential tort liability exceeded its annual sales by a factor of 200.”

Instead of letting the usual market forces drive pharmaceutical companies to develop safer vaccines, Congress passed the National Childhood Vaccine Injury Act in 1986, which virtually eliminated economic liability for pharmaceutical companies for injuries caused by their vaccine products.  While Merk has paid billions of dollars for misconduct and injuries related to their drug products, it cannot be held accountable for misconduct and injuries related to MMR-II.

Once licensed and widely promoted by our federal and state health authorities, it should not be surprising that they do not want to admit to the numerous safety issues with this product that have arisen after licensure.  And it is clear there are many safety issues.  After licensure, federal law expressly provides that Merck shall include in the package insert for MMR-II “only those adverse events for which there is some basis to believe there is a causal relationship between the drug and the occurrence of the adverse event.”   The package insert for MMR-II lists dozens of such adverse reactions that Merck has identified, many of which are serious and debilitating.

The CDC also discloses that MMR vaccine can cause deafness, long term seizure, coma, and brain damage.  An example of such an injury involved a $100 million award to the victim of an MMR injury.  This high rate of hospitalization and emergency room visits from MMR vaccine is confirmed in a study conducted by Canadian health authorities of 271,495 children after their 12-month MMR.  This study set out to confirm the safety of MMR, but what they found instead was that “[t]here was a significantly elevated risk of primary emergency room visits approximately one to two weeks following 12- and 18-month vaccination.”  This amounted to an additional “one event for every 158 vaccinated” children receiving MMR.  Extrapolating these figures to the United States, 63,291 additional American children visit the emergency room each year because of the MMR program.

It is also worth pointing out that the first vaccine for measles was licensed in the United States in 1963 and, according to the CDC, the mortality rate from measles declined by over 98% between 1900 and 1962.  In the years leading up to 1963 (when no measles vaccine existed), the CDC reported a total of approximately 400 deaths from measles per year in the United States during a time when virtually every American had measles, reflecting an annual death rate from measles of 1 in 500,000 Americans prior to the introduction of the measles vaccine.

Eliminating measles has demonstrably and measurably increased certain cancer rates, the risk of heart disease, and other serious medical conditions:

Hence, the evidence shows that eliminating measles has caused far more deaths annually in the United States from cancer and heart disease than the potentially few hundred lives saved from elimination of measles.

In any event, the FDA’s basis for licensing MMR-II is incredible when considering that: (i) states mandate by law that millions of children receive this vaccine every year; (ii) Merck cannot be sued for most injuries caused by this product under federal law; and (iii)  Merck’s sales of this product, alone or in combination with another of its products, is in the billions of dollars.  But yet, the FDA licensed this product based on a clinical trial with no placebo control, with less than 1,000 children, and that reviewed safety for only 42 days!

The FDA should be ashamed to call itself a regulatory agency.