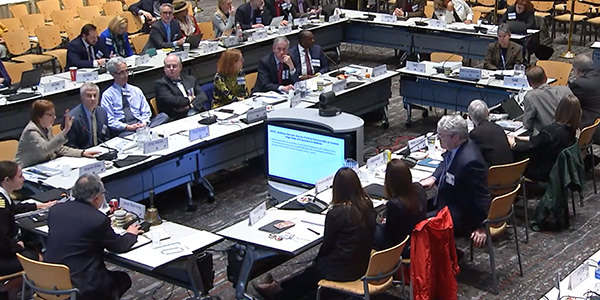 The ACIP holds three meetings each year at the Centers for Disease Control and Prevention (CDC) in Atlanta, Georgia to review scientific data and vote on vaccine recommendations. Meetings are open to the public and available online via live webcast.

The attached letter was sent to the United States Advisory Committee on Immunization Practices (ACIP) following public comment given at the June 20th 2018 meeting. As a follow-up to that comment, the letter contains information concerning a civil lawsuit filed against Merck & Co. (“Merck”) that every member of ACIP should be aware of when considering the efficacy of the mumps vaccine.

Attached as Exhibit A is a copy of the Amended Complaint in United States of America et al. v. Merck & Co., Inc., Case No. 10-4373, dated April 27, 2012, filed in Federal Court. In that document, the plaintiffs, the United States of America and two former Merck virologists, describe “Merck’s efforts for more than a decade to defraud the United States through Merck’s ongoing scheme to sell the government a mumps vaccine that is … falsely certified as having an efficacy rate that is significantly higher than it actually is.”

Attached as Exhibit B is a copy of the Amended Memorandum and Order of the Court, dated September 5, 2014, denying Merck & Co.’s motion to dismiss the Amended Complaint.

Attached as Exhibit C is a copy of the Docket Report, dated July 13, 2018, for this lawsuit which reflects that Merck & Co. has filed every document related to the mumps efficacy under seal – see yellow highlighting.

It is our hope that ACIP members find this information useful in considering the efficacy of the mumps vaccine.

Letter to ACIP Chair and Members