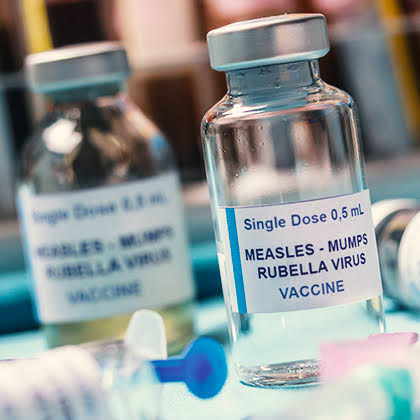 ICAN, through its attorneys, has sought and in large part obtained justice for families living in New York City who received fines for not injecting their children with the MMR vaccine.  Approximately 100 violations that were handled by counsel supported by ICAN were dismissed and the remaining 11 are still being fought in court.

In the spring of 2019, New York City had an increase in the number of reported measles cases.  Measles is a childhood infection caused by a virus that, before the 1960s, nearly all children contracted before the age of 15.  Most measles cases are benign and go unreported.

The first vaccine for measles was licensed in the United States in 1963.  According to the CDC, prior to the licensure of the first measles vaccine, the mortality rate from measles declined by over 98% between 1900 and 1962.  In the years leading up to 1963, the CDC reported a total of approximately 400 deaths from measles per year in the United States during a time when virtually every American had measles, reflecting an annual death rate from measles of 1 in 500,000 Americans prior to the introduction of the measles vaccine.  Medical care for acute viral infections has also made significant advances since 1962.

Despite the small outbreak, the New York City Department of Health and Mental Hygiene issued an emergency order, which required MMR vaccination or proof of measles immunity within 48 hours for all persons living, working, or going to school in four ZIP codes in Brooklyn, NY. The fine for not complying with this order was $1,000 per occurrence.  Pursuant to this emergency order, the city issued a total of 232 summonses.

In the months to follow, ICAN and its attorneys were contacted by nearly 100 parents who received a summons and fine because their minor child or children were not vaccinated with MMR.  ICAN-supported counsel challenged these violations and were successful in having the NYC Department of Health dismiss most of them prior to the administrative hearings for the violations.  Hearings were held in the fall of 2019 for the 21 remaining violations before the New York City Office of Administrative Trials and Hearings.  During or after the hearing, 10 additional violations were dismissed.  Thus, only 11 violations were not dismissed, and an appeal was subsequently taken.  That case is now pending before the Supreme Court of New York.

ICAN, by supporting counsel to challenge these violations, has battled for justice for these families for over three years.  We will diligently continue to fight because that is what is required for justice.  At stake are the most fundamental rights that form the bedrock of the United States.  The summonses violate the parents’ fundamental rights to life and liberty, privacy, informed consent, parental choice, bodily integrity, and free exercise of religion.   And maybe most importantly, it rendered someone in violation of the law for simply existing in the manner they were created.  Nobody should be considered an outlaw simply because they choose not to get injected with a liability-free product that was licensed based on a clinical trial with less than a thousand children and only reviewed safety for a few weeks.

Even worse, eliminating measles has demonstrably and measurably increased certain cancer rates, the risk of heart disease, and other serious medical conditions.  For example, the International Agency for Research on Cancer found that those who have never had measles had a 66% increased rate of Non-Hodgkin Lymphoma and a 233% increased rate of Hodgkin Lymphoma.  These two cancers killed 20,960 Americans in 2018.  Likewise, researchers at the University of British Columbia and the University of Victoria have confirmed that those who never had measles had a 50% increased rate of ovarian cancer, which killed 14,070 Americans in 2018.  The nation of Japan concluded, after tracking over 100,000 of its citizens for more than 22 years, that having measles and mumps was “associated with lower risks of mortality from heart disease,” which killed 610,000 Americans in 2018.  Additionally, peer–reviewed studies reflect that children who have had measles suffer from far less allergies and atopic diseases, such as asthma, and adults who have had measles have a reduced risk of Parkinson’s Disease.  Hence, the body of science regarding the measles vaccine reflects that eliminating measles has caused far more deaths annually in the United States from cancer and heart disease than the potentially few hundred lives saved from eliminating measles.

Stated differently: until the introduction of the vaccine, measles was considered a mild childhood infection, like the chickenpox; the ecological relationship humans developed with measles through millennia did not eliminate measles; and the evidence supports that having measles conferred benefits for survival that exceeded its negative effects.

ICAN will keep fighting to assure that our local and federal health agencies are held accountable for their actions and that families are properly represented in vaccine-related legal matters.  If the government can dictate what must be injected into our bodies, then there is no right or liberty interest that cannot be trampled.